On the eve of American Memorial day, and nine months on from a far-from-dull work-related trip to Northern Vietnam, I felt led tonight to share a few photos from the beach in Da Nang, Vietnam, that I ended up visiting last year and praying on. It’s where the American troops invaded to launch the Vietnam War in the 1960’s. It was an incredible, memorable few days there.

I may or may not write more about this particular impacting trip another time. ( I’ll consider it). It was a crazy adventure in the end and one which I’ve really only gotten over in recent months. I didn’t share anything on social media at the time nor did I ever intend to. But the more I’ve thought about it, it was a pretty amazing trip and one which deserves to be shared more of in times to come.

Vietnam was not somewhere I found particularly easy. I’m a very spritually sensitive person and this dynamic developing country is as vibrant and “interesting” as I’ve ever had the privilege of setting foot on. Although it was a difficult trip (I came home more than a little traumatized – but won’t go into all the reasons here), it was also positively rich and colourful in ways i wont go into fully here and now. Suffice it to say I’d love to return some other time in future.

For now, enjoy some photos I took in the sweltering Vietnamese heat: 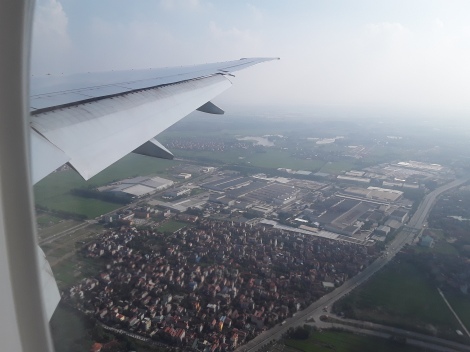 Above: Flying in over Hanoi, Northern Vietnam. 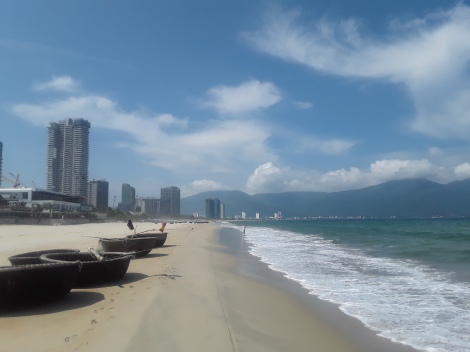 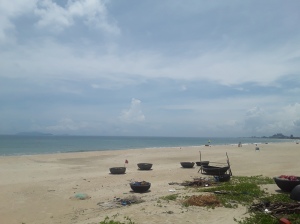 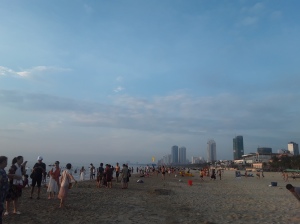 Every dawn and dusk, (from 5.30 AM to 7am, and again from about 4.30 pm, til 6pm) one of the most quirky cultural experiences I’ve ever witnessed takes place on Da Nang Beach, as the local Vietnamese people come have an early morning or late afternoon ‘dip’ in the balmy Da Nang waters.    Vietnamese citizens of all ages. Not just one or two, but hundreds and hundreds of them. It really is a sight to behold. Including old ladies burying themselves in the sand at 6am in the morning as some sort of presumeably health-inducing ritual. All amidst very, very dodgy sounding Communist radio in the background that erupts onto the airwaves annoyingly inescapably at those times on loud speakers hidden all across the entire beach, in a somewhat eerie, ‘Big Brother’ type way.  Like I said, it’s like nothing quite like I’ve ever experienced before.

Above: Vietnam’s version of a certain famous American Coffee company. A chain store found in multiple locations. No trip to Vietnam would be complete without experiencing the very rich taste of Vietnamese coffee.

Vietnam 2018: An impacting trip. To put it mildly – unlike their coffee.