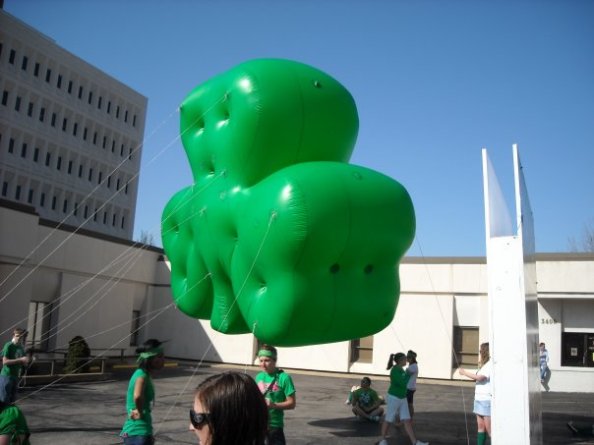 ALL OVER the world, millions will celebrate, upon the dawning of this day, the ongoing honour of Ireland’s patron saint, St Patrick.

17th March sees the green of Ireland celebrated more and more it seems, as everybody, (it feels like) wants to say they are in some way ‘Irish’ on this early spring time day.

So what’s it like in the very island, I hear you say? (For those of you reading this from further afield than simply the emerald isle itself or the British Isles).

Due to my employment currently, it is a day off for me, (a ‘bank holiday’ as we term it, in the UK, of which Northern Ireland is a part), which I of course heartily welcomed, but where I come from and currently reside, St. Patrick’s day, rightly or wrongly, is something of a ‘non-event’ and not entirely ‘celebrated’ at all. In fact, one could be forgiven for thinking that perhaps this little Protestant end of the island, in Northern Ireland, is perhaps one of the few parts of the western world that happily fairly well ignores the whole thing.

As a child, I always went to school on this day, (as most school children from non-Catholic schools still do). You see, somewhere along the way, Patrick got perceived to be ‘Catholic’ and my forefathers seemed to think it was worth ignoring him and this day for this very reason alone.

Welcome to the complex world of Northern Ireland, and Ireland in general.

Despite the fact Chicago will today see its river run green, (with, I’m reliably informed, 40 lbs of green dye to help achieve this mean feat), I have been out and about in Ballymoney (County Antrim) and seen or heard nothing at all to do with St. Patrick.

Instead, I went to the local swimming pool and swam another 22 lengths on my day off. Normal life continued and nothing of St. Patrick was to be seen.

So this is to help all you international readers realize that things are very different ‘over here’ in the emerald isle itself than you may imagine. There are two very distinctive cultures still in action here, and the Protestant culture still feels sufficiently non-related to St. Patrick to mostly, happily avoid the whole thing, whilst often, Republicans in the land do not necessarily help the situation by adding voice to the politicisation of St Patrick in recent times.

But who was the man anyway, and why does his name still come up, never mind get celebrated, all over the world on this day?

Well, Patrick, was in fact an Englishman, who got banished here, to Ireland, for a period and herded sheep as a lowly shepherd for many years. During this period, he learned to commune with God, the living God, who conversed with him and led him onwards in his life of spiritual following, into a life of pilgrimage and apostolic endeavor. The long story short (hard for a ‘wee Irish girl’ like me to achieve, in my long-winded story telling ability) is that Patrick is now famous and lauded for having brought Christianity to Ireland and additionally having driven all the snakes away from this little precious piece of land. (For which I am very grateful!).

To put it simply. Patrick was a man of great Godly humility, integrity, devout prayerfulness and simple Spirit led faith, his legacy is phenomenal, having commissioned 350 bishops, and basically spread the gospel and good news of Jesus message of salvation and relationship with God available to all.

The rest, as they say, is history.

I am pretty happy to be associated with this man, but I don’t need gallons of beer to do so.

To find out more, I simply recommend a visit to this special, complex little part of the world if you’ve never been here before.

You can even go pray at St. Patrick’s grave, in Downpatrick, (Co. Down), which I only did for the first time myself about 4 years ago, and where tangible spiritual peace still prevails.

So there you have it.