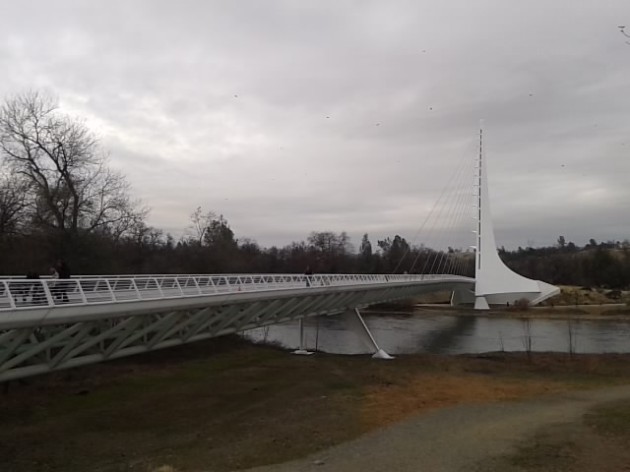 Today saw a little more exploration of the area where I am staying, and this is the famous local landmark, the Sundial Bridge, Redding residents take a lot of pride in. It facilitates movement for pedestrians and cyclists across the Sacramento River.

Opened on 4th July, 2004, the bridge links the 300 or so acres of the Turtle Bay exploration park.

Fascinatingly, most of the bridge’s $23 million cost was funded by the McConnell Foundation, a private independent foundation established locally in 1964.

As you’ll also notice, the clouds were out today to cover the sun. A little more of what I’m used to from back home, and this area (which was officially declared to be in a state of drought last week) can only hope that the prayers prayed in faith for rain bring tangible fulfillment very soon. I believe they will.

The sundial says rain, so I believe rain will come and the 40 nights of it declared!!